During its return trip to the Vatican Museums (la Pinacoteca dei Musei Vaticani), Raphael’s masterpiece stopped in Foligno. From January 18th to the 26th (in 2014), with the support of Vatican Museums and the Municipality and Diocese of Foligno, Eni brought The Madonna of Foligno back to the Monastery of Sant’Anna, which housed the work for 217 years before it was requisitioned by the French and taken to Paris in 1797.

The Madonna of Foligno was initially created in 1511 to be housed in the Church of Santa Maria in Aracoeli located in Rome. However, in 1565 the work was transferred to the Monastery of Sant’Anna as Sister Anna, the niece of Sigismonde de Conti– who commissioned the painting– was a nun at the Monastery of Sant’Anna/the monastery. After the French seized and later returned the work to Italy, a series of events brought The Madonna of Foligno back to Rome, the city for which it was initially commissioned.

Valeria Merlini and Daniela Storti, curators of the exhibition

The Monastery of Sant’Anna housed/hosted The Madonna of Foligno for over two centuries, a work which owes its fame to the greatness of its author, Raphael. Documentation surrounding the piece does not reveal very little about (or just, Next to nothing is known about) the real motivations for transferring this piece nor the precise manner that it was transferred…and the precise manner in which it was transferred to the Monastery of Sant’Anna in 1565 from the church of Santa Maria in Aracoeli to Rome, for which it was commissioned by the folignate (from Foligno) Sigismondo de Conti, at the monastery of Sant’Anna, where Sister Anna, niece of Sigismondo, was a nun for over 60 years.

The painting’s iconography was inspired by a story told in the Golden Legend: on Christmas Day, the Virgin and Child appeared to Augustus surrounded by angels , in front of the sun. The emperor (Augustus), renouncing to be venerated/worshipped as a god, recognized the greatness of Jesus and consecrated the place (the location) where this vision of Madonna occurred. The Mother and her Son are represented in the upper part of the altar while below, on the earth, St. John the Baptist, St. Francis, the commissioner (the guy who commissioned the work?), and St. Jerome, considered the first pontifical secretary, take part in the vision (this vision of the Madonna)/look on to the Madonna, participating in this vision. The harmony of lines and colors that governs the scene thus becomes an expression of celestial harmony, giving form to the invisible–Madonna. In the foreground (center), a cupid displays a tabula ansata without an inscription (with no inscription)-BLANK whose meaning has long interested and perplexed scholars.

In the background, two celestial phenomena illuminate a town: a rainbow with undefined colors/scarcely defined colors/vague, undefined colors and burning/fiery form moments before falling on a house. The latter has been interpreted as a bomb/cannon, comet or meteorite. However, more likely, this fiery form refers to the escaped death/near death experience/narrowly escaped death of Sigismondo, the man who commissioned the work. The painting that we see today underwent a very delicate operation of transporting the color from the table (WHAT TABLE?) to the canvas; during its stay in Paris during the Napoleonic period. This operation, though today considered highly invasive, has preserved this painting over time, and it has survived intact with its original color scheme. Even today, Raphael’s masterpiece continues to enjoy astonishing popularity that since the 16th century has brought travelers, pilgrims and passionate visitors to contemplate its sublime beauty 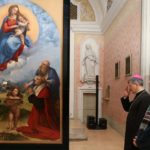 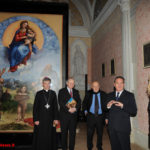 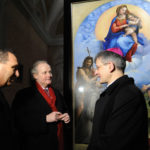 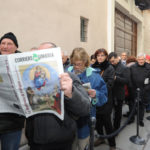 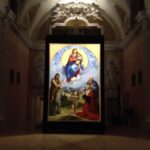 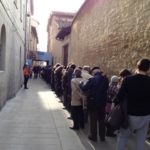 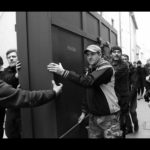 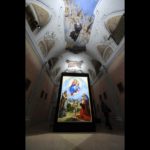 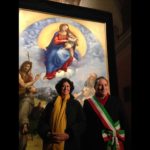 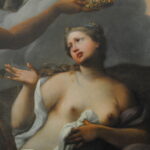 Paintings from the museum space of Palazzo Brancaccio, Rome 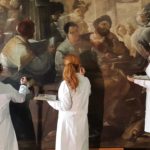 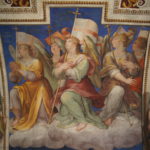 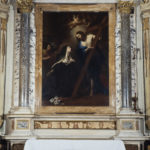 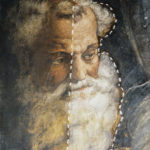 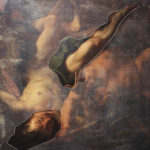 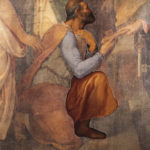 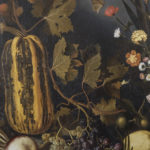